History of the Jewish community and the history of Odessa are inseparably linked together. Jewish community had play the biggest role in Odessa history, constriction and development. Jewish Culture imbued the new international city with its special flavor, had left traces in all shears of life reflected in music, literature, cuisine and even in language. It is still the word “Odessa“ associated with “Jewish”, using in such expressions like “Odessa music”, “Odessa humor”, “Odessa meal” . 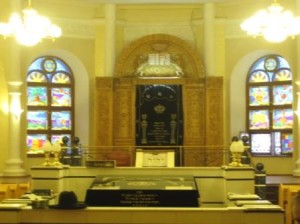 Despite on small percentage of Jewish population in Odessa , the city continues to be considered a Jewish city. The aura of Jewish population that ones lived it is persevered in the air that Odessa continues to breathe and give Odessa Jewish spirit. Since Catherine II issued an edict freely settle Jews in Odessa, nobody could imagine that Odessa Jewish community will become the most wealthy and powerful in Europe. And Odessa Jews bankers , lawyers, artists, poets and even street venders that integrated in the city , breathed life into , inspired it and in that sense created its aura. 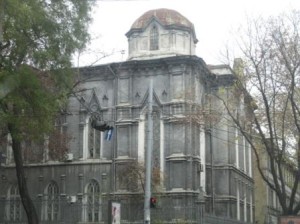 During the tour “Jewish heritage ” you will see the buildings of former Synagogue of kosher meat butchers and Brodsky Synagogue , walk along ” Alley of Righteous Gentile, ” the Holocaust monument , Memorial “Road of tears “, where during the second World War, massed of Jews gathered for exile to ghetto , visit main synagogue and hospitable “ Habad” centre. You will be acquainted with the history of the Jewish community , traditions of kosher food, see houses where well known Jewish writers , historians and public figures such as Vladimir Jabotinsky , Chaim Nachman Bialik , Sholem Aleichem, Isaac Babel , Simon Dubnov lived and worked.
Ask the guide to show you infamous Moldavanka, glorified by Isaac Babel in “ Odessa ferry tales”. Have a look at its original old court yards where still can be heard the original Odessa humor . “- Izya , go to have a meal ! – Mom, I’ve had it at Abrasha place already . – Well, it’s not a child , it’s a treasure ! ”
Duration of the tour “ Jewish heritage” – 3 hours. Bus and walking tour.
The prices for our tours you can find out by using the button “Book a tour” or contact us. 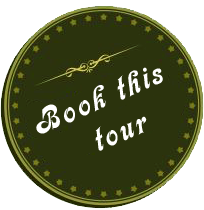